We were thrilled that the Malawi government chose the Wildlife Centre to host this year’s World Environment Day celebrations. The event was also combined with World Biodiversity Day, since they fell so closely together. Guest of honour, Hon Bright Msaka, Minister for Natural Resources, Energy and Mining, made a rousing speech in front of dignitaries, NGO’s and the hundreds of school children, some of whom also joined famous comedians to perform on stage. Here’s an update written by the education team at the Wildlife Centre, and photos below…

The government of Malawi, through the Ministry of Natural Resources Energy and Mining, in partnership with the private sector, commemorated the first ever International Biodiversity Day alongside World Environment Day on 22nd of May at Lilongwe Wildlife Centre .The two events were commemorated under the themes Biodiversity for Sustainable tourism and Connecting people to nature respectively .

The decision to have the two events combined was a result of time between the two which is two weeks and also to ensure that prominence was accorded to biodiversity issues which are never usually afforded the importance they deserve as they tend to get overshadowed within the wider blanket of environmental issues in the activities for the World Environment Day.

The joint commemoration of the two events under the above outlined themes were focused on providing an opportunity to raise awareness and inspire action towards the important contribution of sustainable tourism both to economic growth and to the conservation and sustainable use of biodiversity and environment in general. A healthy biodiversity is the foundation of all life on earth as well as for our continued development and prosperity.

Presiding over the function, the Minister of Natural resources energy and mining, Hon Bright Msaka SC said as a country, Malawi has embarked on a number of initiatives to implement measures toward the implementation of the all efforts being discussed. This includes the review of the Environment Management Act of 1996 which was deliberated on in the previous sitting of parliament. It is hoped that once these concepts form part of the laws that govern the country, the nation will take strides in implementing these measures for sustainable utilization of biodiversity and protection of the environment while at the same time sustaining livelihoods and achieving economic development. 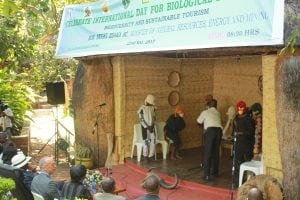 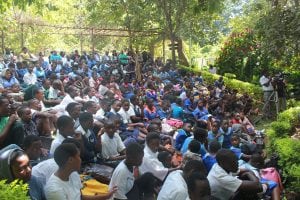