These two were rescued from a seller nearby in Lilongwe. We confiscated them both, a blue monkey and a vervet monkey both estimated to be around three months old, and brought them back to our sanctuary for some much needed care and treatment. Both were extremely malnourished due to lack of care and poor diet – the blue monkey was in such a bad state that he probably wouldn’t have survived another day had we not found him when we did. Our team set to work immediately and we are pleased to say they have been improving immensely, with the blue monkey well on the way to a full recovery and the vervet’s cheeky nature shining through. We have named the vervet Trouble (a very fitting name…) and the blue monkey has been named Frank.

It breaks our heart that these monkeys have had to go through such an ordeal but we are so glad that we have the means to be able to step in and help them. We will keep you posted on their progress! 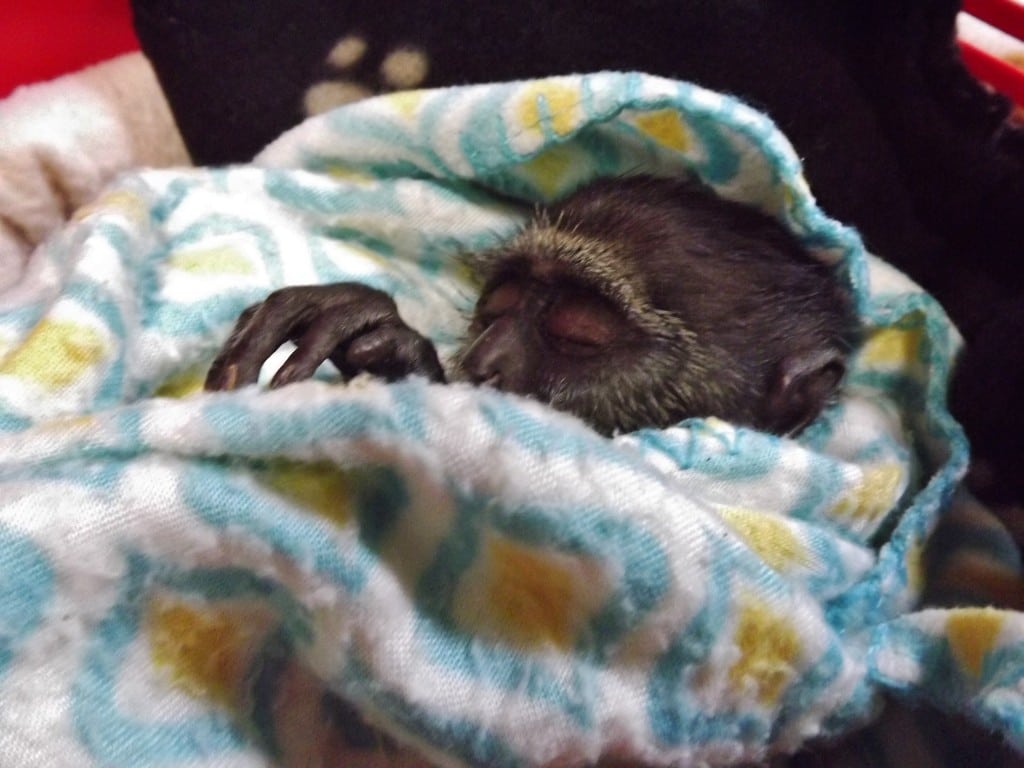 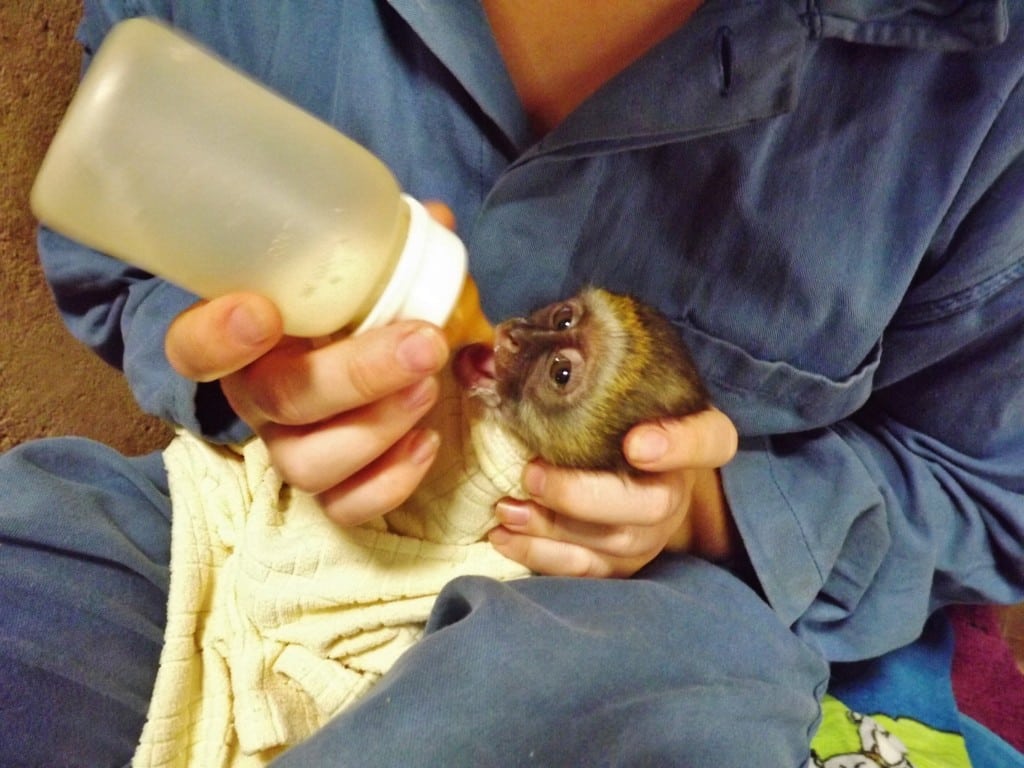