Liwonde National Park: It’s been a busy day today, even for WERU’s standards!

MORNING: In the morning Amanda worked on anesthetising a sub-adult male rhino who had been spotted with a serious leg injury. A physical exam revealed minor wounds in the inguinal area and massive swelling of the right rear leg. Because of the location of the injury, it was presumed to be caused from a conflict with the dominant bull rhino. Sadly there is not a lot the team could have done for the rhino in this state and it was decided to leave it to it’s own devices. Partners with this procedure were the Rhino Protection Team with DNPW scouts, rhino ecologist Krisz Gyongi and Mvuu (Central African Wilderness Safaris).  Unfortunately, this rhino died the next day of his injuries.

AFTERNOON: At noon, the team set to work on removing a snare from the leg of a young male elephant. Again, the elephant had to be anesthetised and a nasty infection was definitely brewing. Amanda removed the snare and cleaned up the wound to take care of any infection. It is hope this elephants would will heal well.

EVENING: But that’s not all, no rest for the wicked! That evening, partnered with DNPW and Wild Dog Conservation Malawi, the team anesthetised a hyaena suspected to have a snare around her neck. This hyaena had already fallen victim to a suspected gin trap and as a result only had three legs. Luckily the team found that the snare had come off and it was only deep scarring around her neck where the snare had been. So, after a quick examination this hyaena was good to go!

All in a days work! 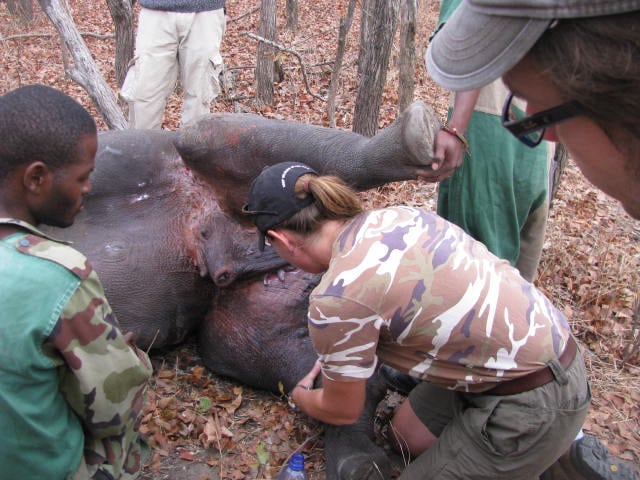 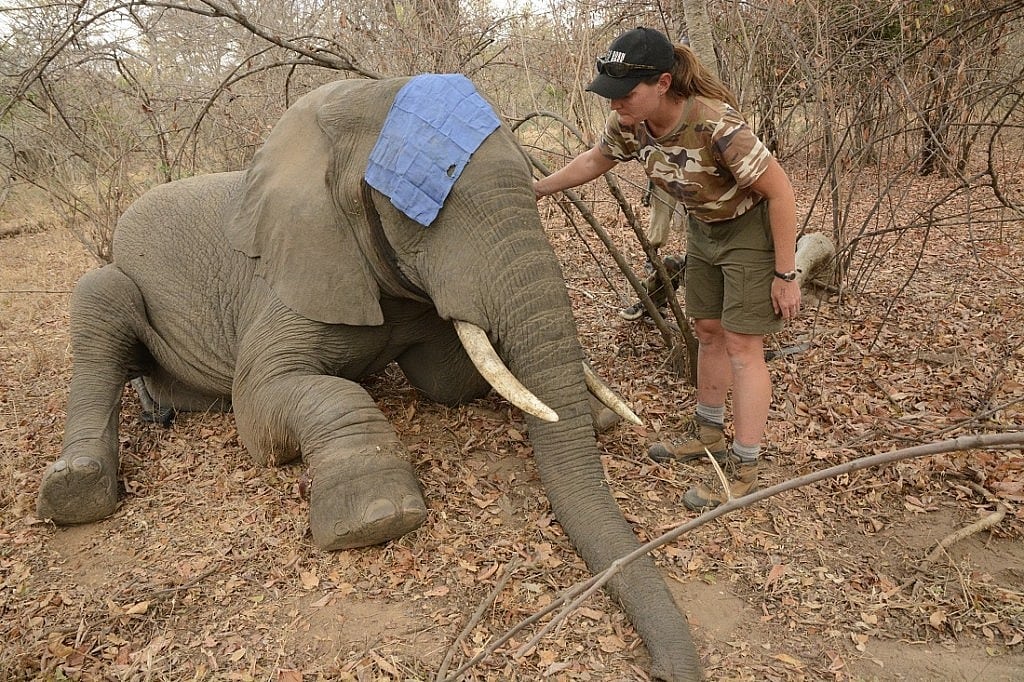