Home » News » WHAT IS SNARING?

One of the risks to wildlife in Malawi is poaching, specifically by snaring.  But what is snaring?  What does a snare look like?  How does a snare work? I thought that this post could tackle those questions and set the stage for what kind of work we end up having to do. 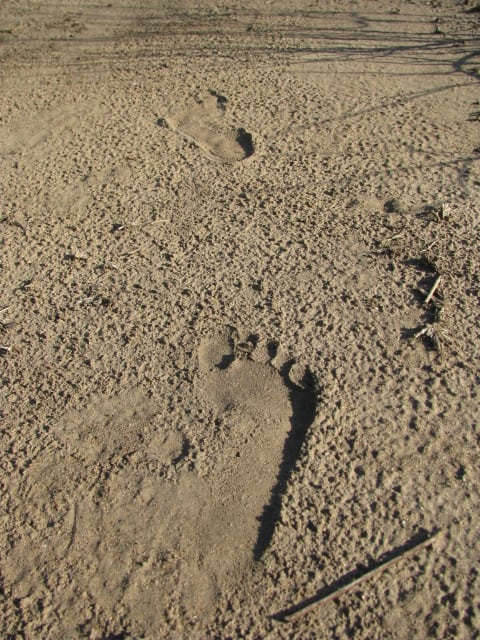 Malawi is an agricultural country, with much of the land being used for farming. Around Malawi, wildlife exists largely in formal protected areas. People often live right next to these protected areas, with no buffer zone between human habitations and the park boundaries. This can cause conflict between humans and wildlife if wildlife leave the confines of the park raid crops. However, this close proximity also affords another possibility for conflict – it is easy for local poachers to set snares for bushmeat within the protected area.

Snares are often set up along game trails and near watering holes. A snare is a long piece of wire with a loop at the end and is attached to a stationary object, such as a large tree or log.  The loop of wire is suspended from a branch or small tree and the snare catches an animal by the neck as it is walking along the trail.  As the animal continues moving forward, the snare pulls tight, trapping the animal. 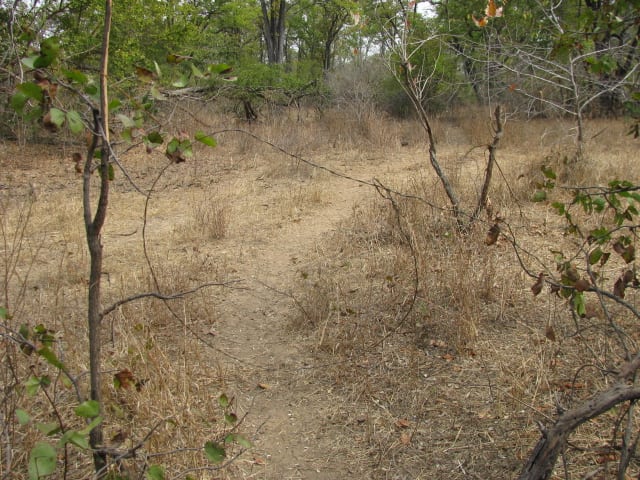 Photo: Wire snare set along a game trail. Note the loop and how it is suspended by a brown tie to the small tree on the left.  The other end is attached to a tree outside the visual field on the right.

Poachers set snares targeted for specific animals. Small, thin, single strand wire snares are set lower to the ground to catch duikers and impala, while larger, thicker snares with multiple strands of wire are set higher along the trails to trap bigger animals like sable, kudu, and buffalo. Animals panic when they are caught in the snare and will continue to pull at the wire making it tighter and tighter. If the snare is around their neck and the wire is strong enough, the animal will suffocate. 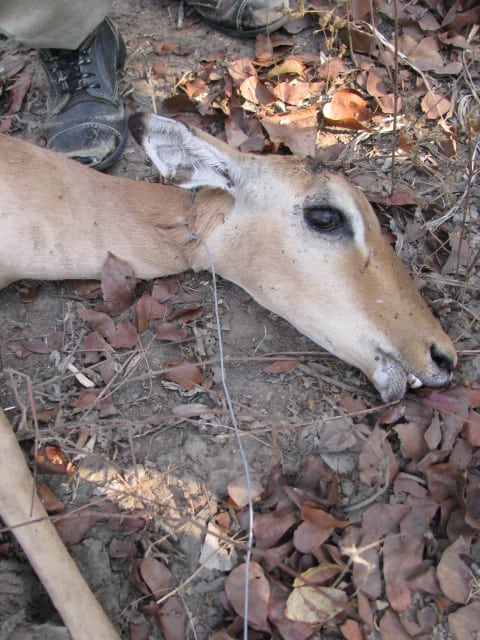 Sometimes the wire breaks, freeing the animal. However, this can still be a serious problem if the wire is still constricting around the animal’s neck. As well, sometimes larger animals will stick their legs through a snare meant for a smaller animal. These larger animals, like rhinos and elephants, will be able to break the snare but in doing so, will often still pull the snare tightly around their leg. The snare then is a constant constriction on their leg causing swelling, infection, and pain.  An animal’s health can be compromised by the presence of a snare and animals that carry snares can die from infection and reduced food intake secondary to the bothersome/painful snare. 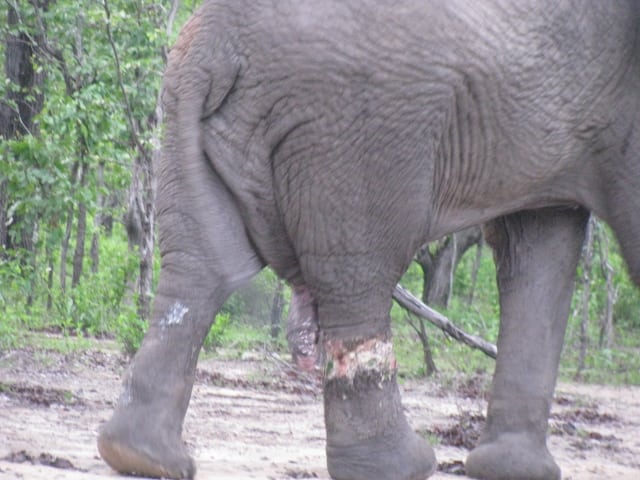 Photo: This wound on this elephant’s right rear leg has been caused by a snare.  Fortunately, we were able to capture this animal and remove the snare.

Tackling the problem with snaring requires a team effort.  Rangers in the protected areas work very hard to remove snares set by poachers. Sometimes they remove dozens of snares in one day or even at one location. 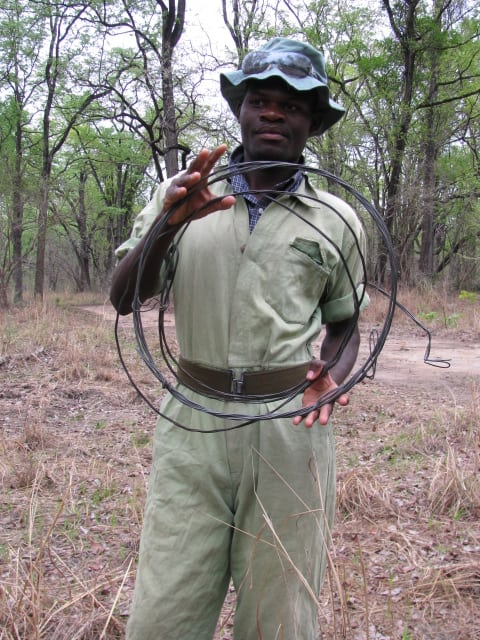 Photo: Emmanuel, a ranger, with a five-strand snare that he collected.

The rangers also alert us when there is an animal with a snare so we can come take it off, when possible.  Tune in next time for a story or two about some of the animals we have desnared and the rangers who work tirelessly to protect and help them.